The Nigerian film industry has been thrown into mourning yet again with the reported passing of one of its talented stars, Jim Lawson Maduike. 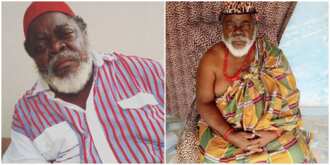 Several social media users have come online to express shock at the death of the movie icon. Maduike was reported to have passed away on Saturday, January 9, 2020.

The Imo state actor was said to have died after he complained of body pains shortly before his death around 12 noon.

May God grant him eternal rest in his Heavenly Kingdom!🙏

Joan
Joan Nwankwo is a founding member and blogger at Nollywood Community, a Nigerian online community for sharing and discussing all things Nollywood. I enjoy blogging about our Nollywood Celebrities! 🙌

I can marry any man. I’m not a materialistic person – Uche Ogbodo