The day John Okafor (Mr Ibu) officially married his wife of many years, Stella Maris Okafor, is trending on Nollywood Community–along with pictures of the couple at their wedding ceremony held at a Catholic church. Congratulations to the couple!

On the 25th of May 2015, popular Nollywood comic actor, John Okafor officially signed the along dotted lines of matrimony with his wife and mother of his two kids, Stella Maris Okafor. Check out pictures from John Okafor’s wedding and share your thoughts afterwards in the comment section.

The couple have been together since 2008 but never married. They had three kids, but one (a boy) died a few years ago. The actor quietly married his lady in front of a few family and friends on May 25th. According to reports, there wedding reception will hold after Mr Ibu mother’s burial. 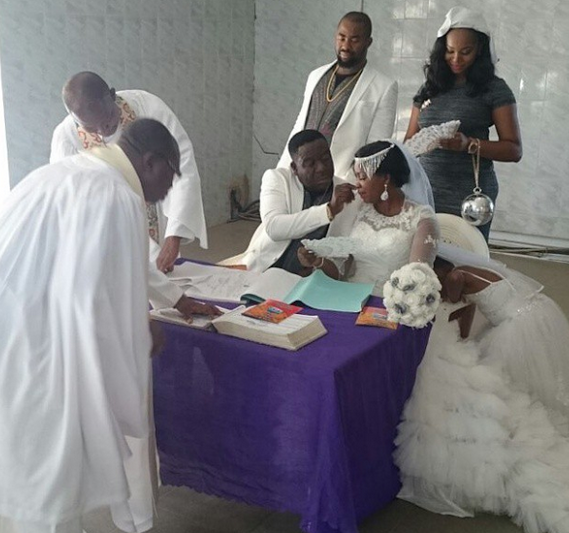 John Okafor and his wife Stella 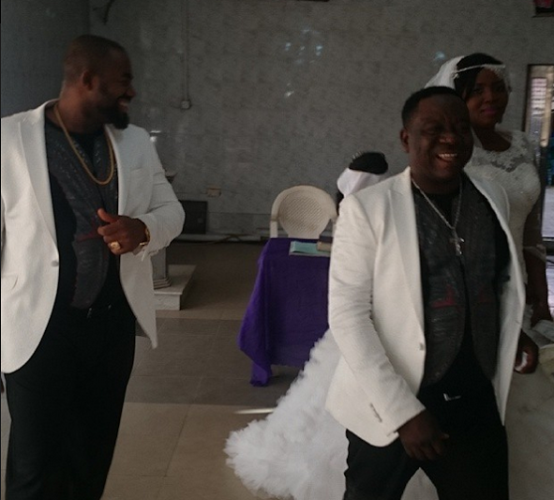 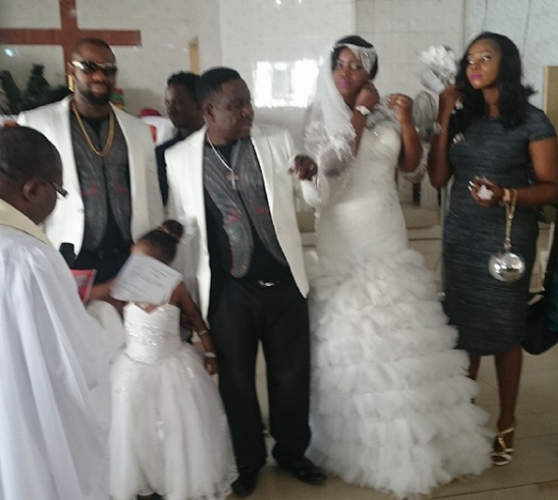 What message do you have for John Okafor?